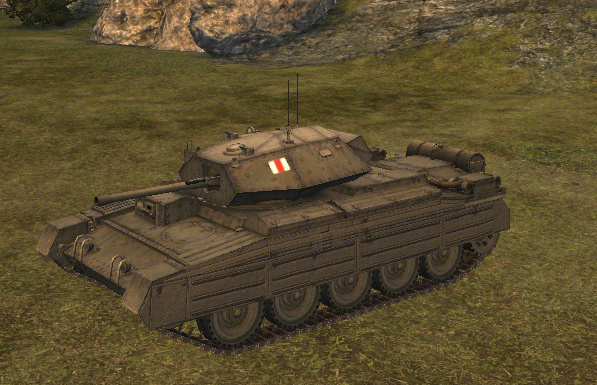 
The matchmaker takes tanks from queue, which can participate in tier 8 battles see column number 8 in the table and puts them in 2 teams. In our battle we can face Tiger II and for example M6 both can participate in tier 8 battles. There are 12 battle tiers. In the tier 12 battles you will have only tanks from 10 tier and some light scouts from lower tiers.

Some players are confusing battle tiers with tank tiers.

This values must not be the same. The matchmaker resolves battle tier on the basis of table below.


It doesn't try to weigh the tank tiers in both teams. Some tanks have exclusive battle tiers, you can find the in lower half of a table. Most premium tanks have lowered battle tiers. Been playing this game since beta days and yes, the complaints are often the same. But I think they are also well deserved.

It simply doesn't have to be that way: Using XVM colors, blue and purple players should be fighting each other, not green and yellow players who should be fighting each other , etc. I just don't think devs are interested in leveling the playing field because it doesn't bring in as much money. After years of playing the game, I've come to the conclusion that unlike expectation that only a player's skills determines the fate of battle, there are in fact multiple parameters that affect skills outside of a player's control. Periods of 1 shot kills or ammo racks or continuous losses or wins Those are not player controlled but MM manipulated.

As the highest tier British light tank, and following the recent updates to other nations recce wagons, does anyone else feel the Crusader, or the British tech tree as a whole feel some need for a positive update to this forgotten line? An increase in speed would be nice for starters, or have I been scoffing too much pudding and tea?

Koncorde 2 Posted 16 December - I think an option of a Crusader with the Meteor engine it was used in a trial would be nice. Don't use the Crusader like a Light tank.

Use it like an anorexic Medium, that's how you 3 mark it. Volues 4 Posted 17 December - In theory the Crusader could also fit the 75mm gun from the Valentine, and Churchill, Cromwell or Snakebite , since the gun is a reworked 6-pdr. TheCheshireCat65 6 Posted 17 December - The Meteor engine would certainly improve things, I just feel it needs a little extra oomph to get out of trouble that bit quicker, a fun tank to play otherwise. Tea-boi 7 Posted 17 December - It needs some speed, if you don't have armour you need speed.

You can't escape the bigger more well armoured tanks once they decide to go after you. Koncorde 8 Posted 17 December - Meteor engine in it would make the Crusader like a slightly worse Snakebite. Plenty of speed, but poor turning and terrain resist, fast turret and adequate gun. Tea-boi 9 Posted 18 December - Snakebite with a 6pdr would be awesome. Madness Eternal 10 Posted 20 December - I was looking for evidence.

World of Tanks Crusader 5.5-in. SP

Not NA forum hearsay. It's tier 5, all you need it a half decent crew and some knowledge of the spotting mechanics and you can dominate tier 5 in pretty much everything.

It's a pretty minor change and will barely impact the tank. Hardly end of the world is it, jeez people like to whine about stuff and make mountains our of molehills.

Is the Crusader impossible to use, stock?

Community Forum Software by IP. Search Advanced Search section: Crusader , a victim of 9. Crusader is now medium tank,lost its camo, retained slow speed and no armor at all. Buff medium Crusader speed or other Yes 40 votes [ Crusader is reclasiffied as medium tank. It looses its camo value while movement.

Thoughts and commentary on World of Tanks

This is not a nerf, its is killing stroke for Crusader. Balc0ra 2 Posted 27 April - It plays the same as it did on 9. Only thing it lost was camo on the move.