The latter function can be switched out, though and increasing levels of regeneration braking can be dialed in and out with the steering-wheel paddles. South Korean examples of the car can be equipped with an external power take off for use to power caravans and the like.

Nexo is a more advanced specification that augments Kona's safety systems with side monitoring, which gives a remote parking function, all-round view monitor on the touch screen, blind-spot monitoring and cross-traffic alert. These sensors give Nexo the potential for Level-Four SAE autonomous driving, though legislation means you still have to hold the wheel. D oor and seat fabrics are made of renewable materials, notably bamboo and sugar cane, and are reasonably attractive, but don't look that hardwearing and raise the dry skin on your fingers.

Truthfully there are probably more switches on an Airbus A, but it doesn't seem that way at the wheel, where an expanse of silver-grey rotary controls and push buttons stretches out on the centre console.

Love & the Apocalypse - A night of speed meeting and more!

They're not entirely convincing, with a suspect action which makes them less like an Eighties Hi Fi and more like a cheap electric oven. The central driving binnacle is a digital device and when the indicators are used the respective side rear view is shown in the screen. It's a really nice feature and if legislation allowed, could easily replace the wing mirrors.

Though both cars have the high-torque-at-low-revs characteristics of electric vehicles, it is the Kona EV which is and feels, much the faster. Floor it and the nose rises and you are thrown back in the seats, with junction getaways often accompanied by a chirp from the tyres. What's more, the Kona keeps the charge on all the way to and past the speed limits in Norway where the drive took place.

Hyundai Kona EV vs Hyundai Nexo – should I buy an electric or hydrogen fuel cell car?

This is a quick car, but its sheer mass limits full exploitation of that performance. Tipping the scales at nearly 1. T he steering doesn't help here, being lifeless and over-assisted and if you use all the acceleration at your disposal the electrically-powered system loses all its self centering tendency and becomes even lighter, so that Kona feels out of control and a little bit frightening.

The brakes are a mixed bag, mainly because of the auto regeneration function, which is horrible, and again gives the impression the vehicle is making its own decisions — not all of them good. There's also a fair bit of tyre roar and functions such as the windscreen wipers and fan motor seem highly intrusive, which is often the case when you take away the engine noise. Nexo feels the bigger car and slightly grander.

And while it can't match the Kona EV's pace, it's by no means slow, instead offering all-round torque in a slightly more palatable and controllable. 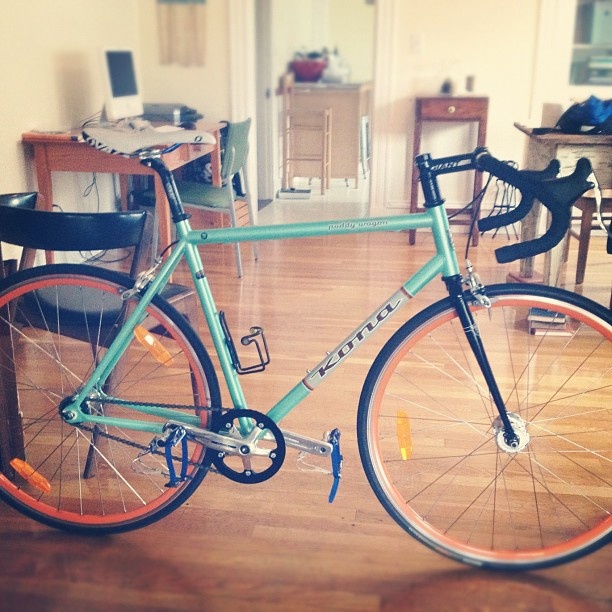 Y ou can drive this car fast, but it's far from agile and in the end feels more about managing weight than enjoying the dynamics. The noise issue isn't quite as noticeable in the Nexo as it is in the Kona EV. The steering is as lifeless and over-assisted as the Kona EV's, but at least you don't lose all touch with the vehicle when accelerating at full power. The big problem with the Kona EV will be supply. Norway, which leverages its income from natural gas sales and massive hydro-electric generation capacity to give huge grants for electric cars, has had over 7, orders, but Hyundai seems unlikely to be able to fulfil more than two thirds of those vehicles in the 12 months.

In the UK the first cars will only be available through the company web site with no possibility of a test drive, but in spite of the 'record number of hand raisers,' initial supplies are likely to be only in double figures. Here, the Kona Electric shines.


Click the D button, and the car gets moving with a pleasant, high-tech hum. It exists at low speed primarily to warn pedestrians that a silent machine is on the prowl, but also happens to be exactly the type of thrum you'd expect a Lucasfilm sound engineer to conjure for some kind of futuristic hovercraft.

Mash the go pedal in Sport mode, one of three drive settings, and you can actually do some serious passing. It's not just from takeoff, either, where the horsepower, pound-foot motor lets you do some damage. Sport mode kicks up the sensitivity of the throttle response to instant, so when you need to overtake, merge or make evasive maneuvers, motive forces are instantly summoned. The other two settings are not quite as thrilling. The time between pedal push and forward motion lags noticeably, but it helps eke out a mile range, which easily puts the Kona at the front of its class.

Each mode comes with a different level of regenerative braking as well, but drivers can also select one of three levels of regen with paddle shifters to suit their coasting deceleration preferences or — for the supremely lazy — drop it into an additional setting of one-pedal driving. Despite its weight, the Kona exhibits surprisingly composed handling, even in the winding Santa Monica Mountain roads that comprised part of our drive route. Sure, the battery pack keeps the center of gravity low, but Hyundai also didn't skimp on narrow tires to inflate its mpgs.

Its seats are forcefully bolstered, to an almost intrusive degree, contributing to the sports car-like sensation on your torso, but their grip may get tiring after long trips. Most importantly, however, it reacts naturally to steering inputs and communicates road surfaces logically to the driver. Fast charging comes standard on the Kona, while on cars such as the Chevy Bolt and Nissan Leaf, it's an extra-cost option. Home AC charging requires 9 hours and 35 minutes for a full top-off. Charging status can be monitored on Hyundai's Blue Link app, which also lets owners set charging times to take advantage of off-peak hours.

From Hyundai's own analysis, the Kona's battery performs better than the Bolt's in extreme climates. For example, the minute DC charge time drops to 64 minutes when the ambient temperature climbs to degrees Fahrenheit, and it sinks to minutes at -4 degrees. The Bolt's standard minute charge takes 92 minutes at degrees and a whopping minutes at -4 degrees. Additionally, the Kona comes with much of the safety tech one has come to expect on modern machinery. Adaptive cruise control, blind-spot monitoring and forward collision, lane keeping, and rear cross-traffic assist all come standard.

Hyundai has not yet said anything about pricing but expect an announcement closer to launch. Up to this point, EVs have often felt like compromises—cars that you'd only buy if you cared about saving either money or the environment. The Kona Electric makes a strong case that a pure-electric crossover can be had without sacrificing drivability or utility.

We'll have to wait until pricing to cast our final judgement, but our experience with it makes us think it should be on any crossover buyer's list, especially if cars such as the Ford EcoSport or Toyota CH-R are already there. Our critiques haven't been lobbed at the technology itself, but at particular choices Hyundai could have made on any car. The fact that the Kona can be cross-shopped as a capable entry-level crossover, electric or not, is a big step toward the mainstreaming of EVs. Featured Gallery Kia Kona Electric: Volkswagen mulls extending diesel incentives across Germany.

I'm not in the market for a vehicle at this time. Please move this suggestion to the side for 30 days. Thank You Thanks for subscribing. Check your in-box to get started. We notice you're using an ad blocker. Please consider whitelisting Autoblog. Here's how to disable adblocking on our site. Click on the icon for your Adblocker in your browser.

A drop down menu will appear. Select the option to run ads for autoblog.


The exact text will differ depending on the actual application you have running. Refresh the Autoblog page you were viewing.

You must be logged in to perform that action. You must have JavaScript enabled to experience the new Autoblog. Please follow the instructions below to enable JavaScript in your browser. Please enter a display name.